Home | About Us | Aliwal Shoal

The Aliwal Shoal is indeed very unique comparing other reef systems around the world. About eighty thousand years ago there was a coastal dune system that spanned most of the Kwazulu-Natal coastline. Evidence of these tall coastal dunes can be seen from Richard’s Bay northwards all the way as far as Kosi Bay. The ancient dunes in our vicinity submerged very gradually over time, solidifying the sand into a solid sandstone structure. At some point, the dunes must have formed a vast series of islands running close to the coastline until it finally submerged below the waves. Today we have a fairly new geological feature that has been shaped by the Indian ocean currents to form overhangs, caves, coves, swim-throughs and caverns, all found in seemingly random places. 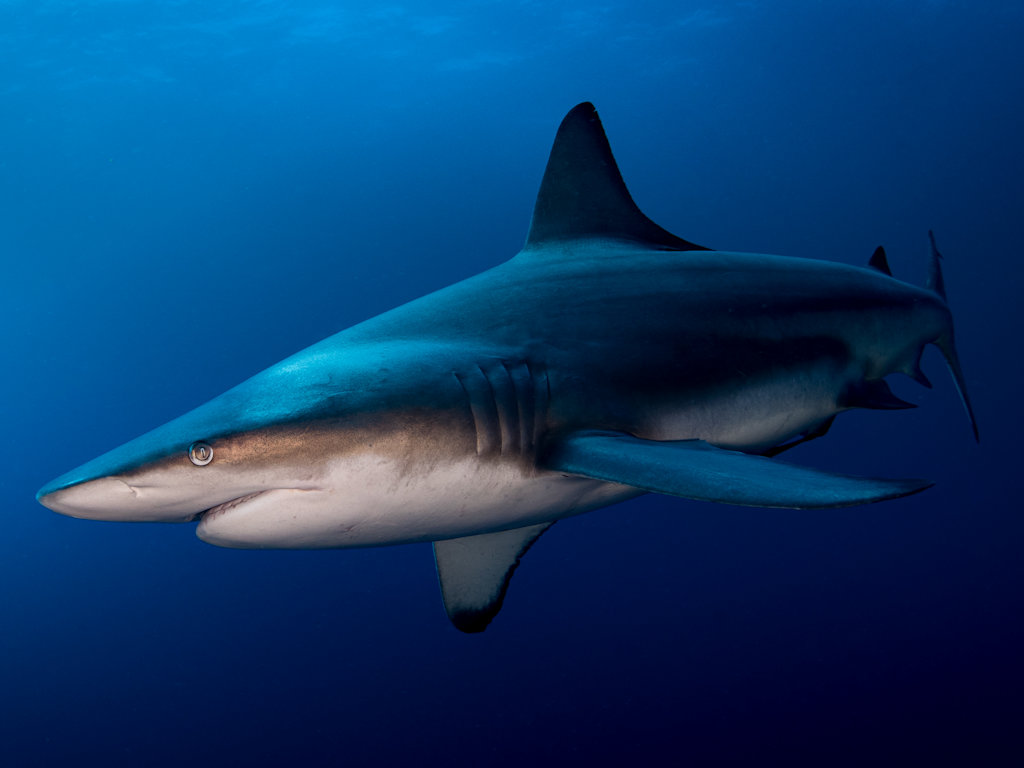 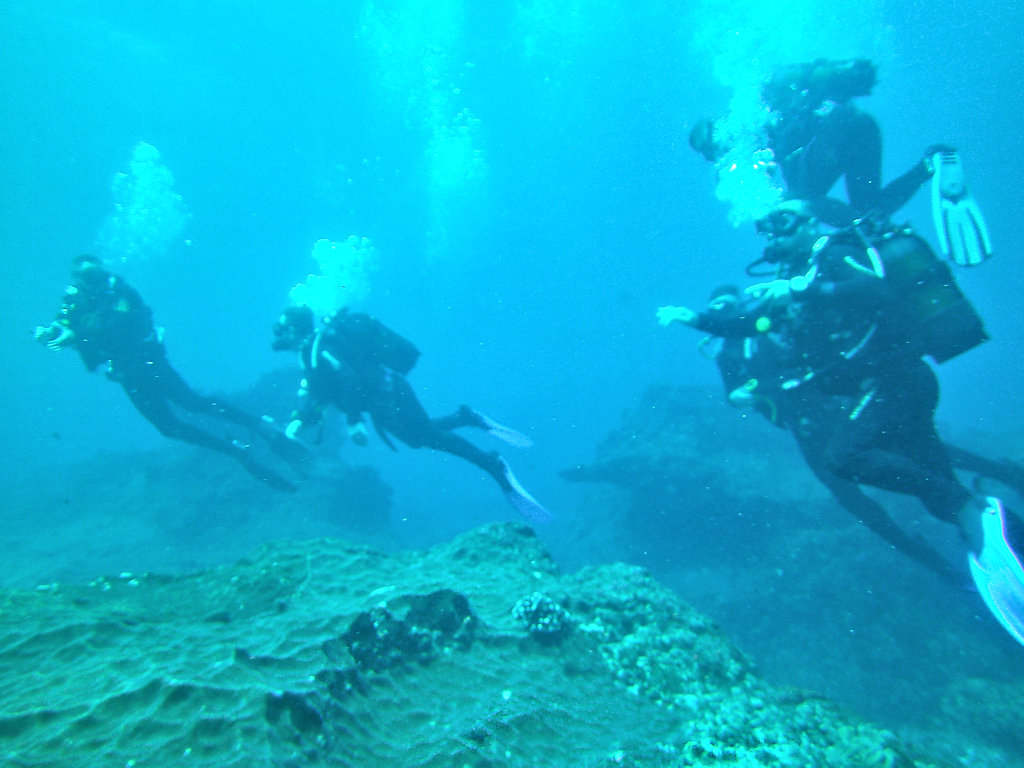 Marine life thrives here with massive diversity. Tropical and sub-tropical fauna and flora that make Aliwal Shoal one of the rare places of the earth where two very different oceanic habitats overlap. The reef was declared a marine protected area since 1998 and is now a no-fishing zone. In the long run, the positive effects will be phenomenal as overfished species start to make their presence in what was once overloaded with life. Sightings range from the occasional great white shark and oceanic manta rays to macro life including many varieties of nudibranchs, eels, shrimps and rare pineapple fish.

Our sharks are also an integral part of our services and also much loved by the operators and professional divers who spend practically every day with them. Our sharks are quite used to humans around them, making our dives quite safe. We have to date no shark “attacks” and firmly believe that we will always be safe so long as we observe and respect the rules of diving with sharks. 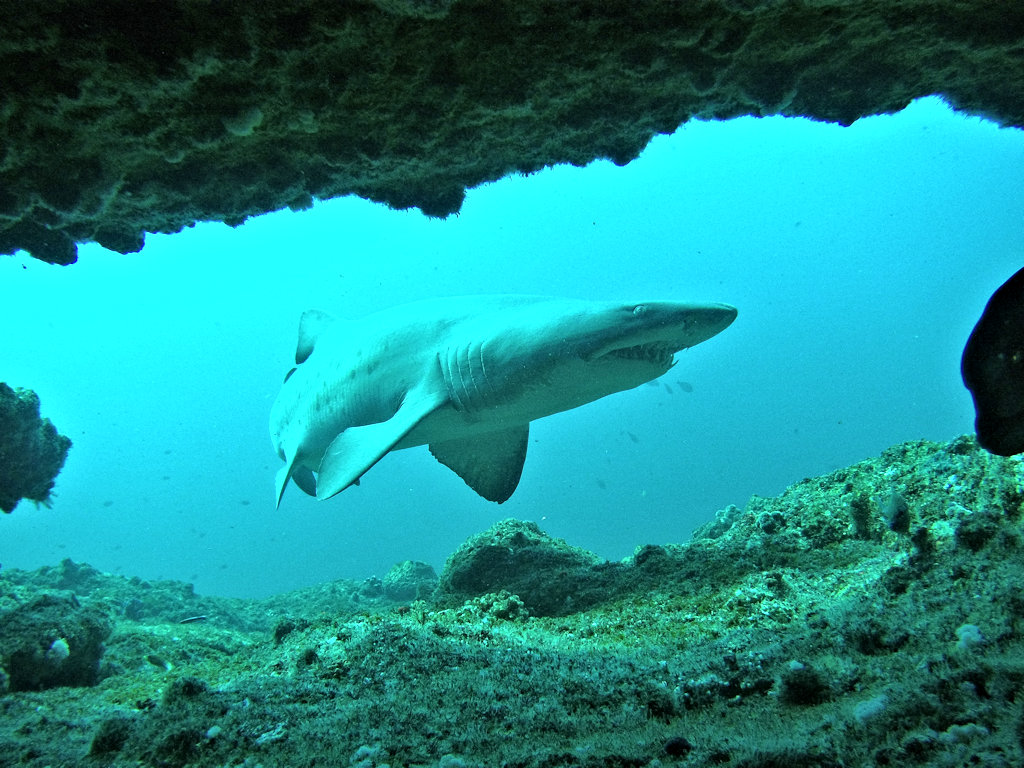 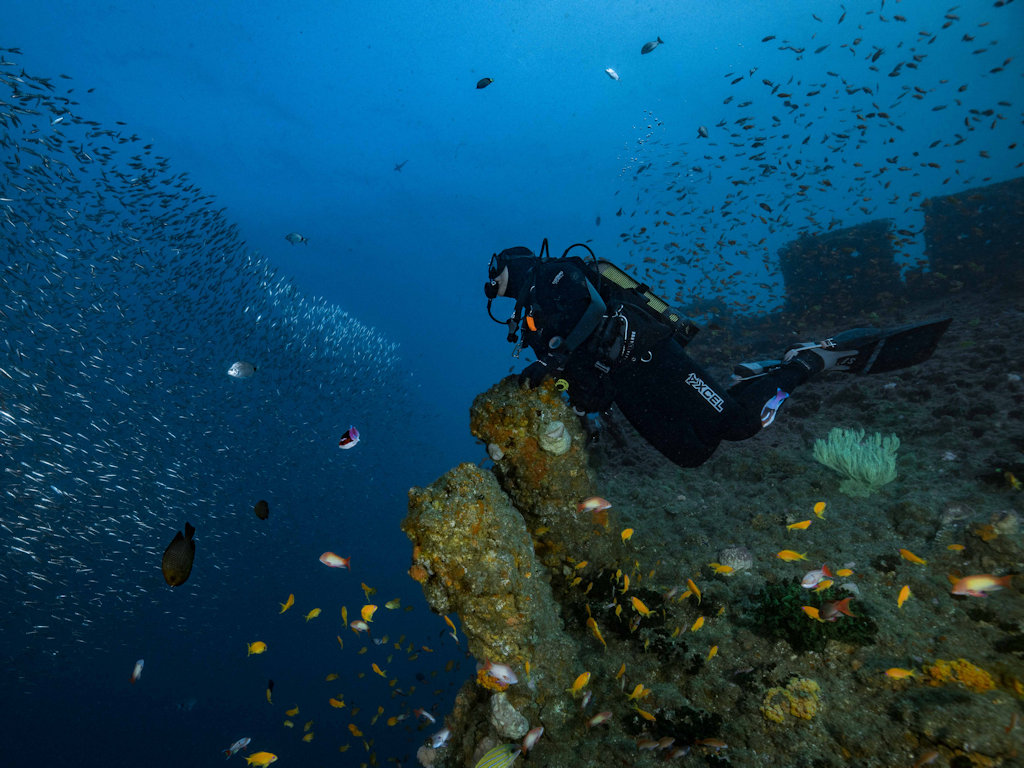 The Produce shipwreck is undoubtedly the top wreck dive with so much to see. Huge daga salmon love to hive from the ocean currents and are almost always there. A massive potato bass also hangs around with her home in the bow. The hull is bursting with life with gobies, blennies and crocodile fish lurking randomly. Many rare species live here including the harlequin goldies and Durban shrimp if you have a good eye for detail.

Thank you for taking the time to peruse our website. We would love to hear your feedback. Join us for free diving courses held regularly at the dive centre. The spirit of adventure lies within you!

Find us on TripAdvisor

In accordance with government regulations to aid awareness of the COVID-19 pandemic we are sharing the link to the official Department of Health online portal.